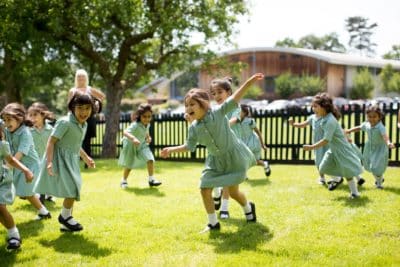 Year 5 arrived in Kimmeridge Bay for their residential visit ready and raring to go. The rain didn’t dampen the girls’ spirits as they hunted for fossils amongst the rocks and scavenged for creatures hiding in the rock pools. The most exciting find was a sizeable crab which, after flexing its pincers in greeting, slid back into the water…

Leaving behind their waterproof trousers and soggy wellies, the girls then reached the beautiful old buildings of Hooke Court, their new home for the week. After some welcome dinner and a speedy unpacking session, the girls set off for their first evening activities.

The theme of the following day was team building and the girls were able to put their skills into practice. Games involved crossing the river using only a limited number of ‘islands’ between them (we discovered that the secret was to leave one person behind and then come back for them at the end) and arranging themselves on a bench, at first talking was permitted and then the challenge was to complete the task in absolute silence. Working together, successful teams reached their end goal which had, at first, seemed almost impossible.

The girls then became explorers, scavenging for food to cook over an open fire for their dinner. After tips on how to spot safe, edible berries (with great horror upon learning that, if a man was unsure, he would use his youngest daughter as the guinea pig taster!) they keenly donned their chefs’ whites and worked in teams to prepare two types of trout, soup and bread, as well as the skewers on which to cook them. Their hard work and collaboration resulted in a tasty meal to be proud of.

Despite the heavy rain overnight, the sun came out ready for the river study task.  The girls waded bravely into the water and worked in teams to calculate the depth of the river at the near and far banks and in the midstream. There was also a chance to relive the childhood game of Pooh sticks to calculate velocity. Interesting observations were made about why the results may have varied between the groups depending on where along the river they had been taking their measurements, as well as the shape and size of their chosen stick.

After a break for lunch and a chance to dry off, the girls put on their investigative hats to follow clues left by Forrester Gump in search of some delicious refreshments. Following on from the great Geography work of the morning, linking to our study of rivers in the classroom, this provided another fantastic opportunity to apply their map reading skills to successfully navigate between a set number of coordinates. Tired legs didn’t stop them from enjoying the biscuit reward at the end. As the sun set over Hooke Court, the girls wrapped up warmly and grabbed their torches, ready for a campfire. Songs were sung and stories were shared, and a great evening was had by all.

The best was saved for last however – Greek Day! Modelling their fantastic costumes (from Zeus through various goddesses to a scavenger girl) the girls were welcomed into the house of Simonides, where they learnt about life in Ancient Greece (or, as we discovered it was known then, Helens). The girls set to work to make several unique mementos to take home with them, including some intricate metal jewellery, personalised painted plates and artistic clay urns. There were also further opportunities for cooking, this time whipping up an impressive feast of houmous, sweet and savoury flatbreads and ‘jewel’ sweets made of dried fruits, honey and cinnamon.

After enthusiastically sampling the fruits of their labour, the girls settled down once again in Simonides’ roundhouse for an evening of atmospheric storytelling on their final day. Greek myths, including the highly dramatic, gory yet oddly romantic Theseus and the Minotaur, were narrated with some evocative acting by the girls.

Bursting with stories to share and full of the excitement of a busy, active and adventurous week, the girls waved goodbye to this special place, taking with them many wonderful memories. 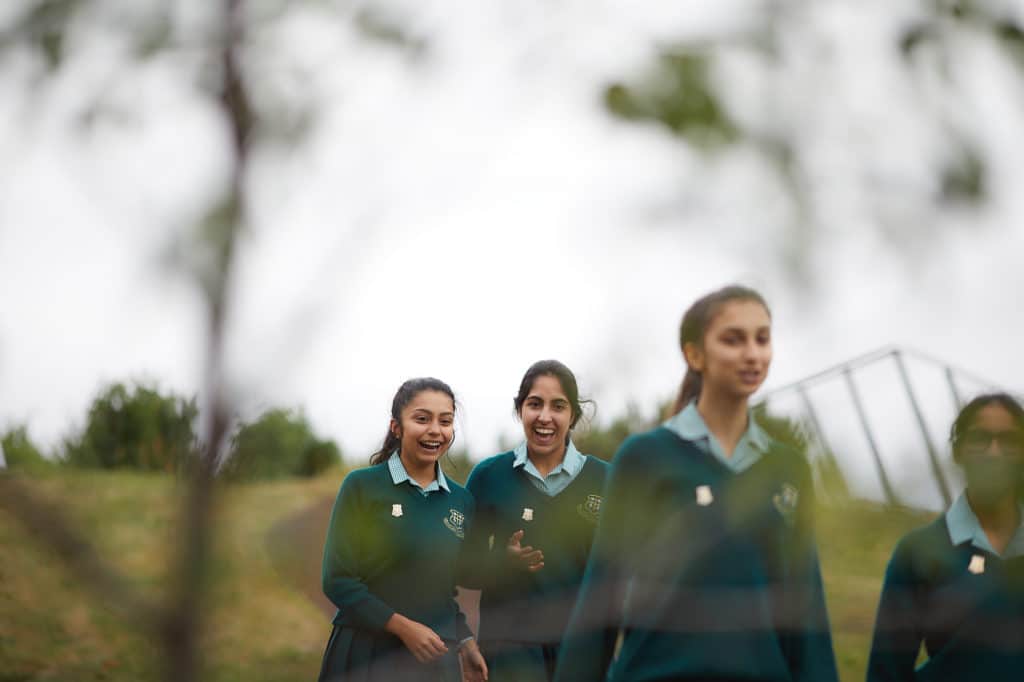