St Helen’s held several events to mark Holocaust Memorial Day and the 75th anniversary of the liberation of the Auschwitz-Birkenau concentration camp.

As part of Religion, Philosophy & Ethics, Year 9 students devoted a day to learn about the children of the Holocaust. The girls took part in two practical sessions led by Sixth Formers. The first explored the role of the bystander and highlighted stories of courageous individuals who stood up to violence and showed solidarity with victims. The second session, ‘the sunflower and the limits of forgiveness’ explored a survivor’s thought-provoking study of forgiveness, justice, compassion and human responsibility.  Later in the day the students paid their respects by visiting the Northwood and Pinner Liberal Synagogue.

Lower down the school, Year 3 girls also paid a visit to the Synagogue enabling them to make links with their Religious Studies topic by learning more about the Jewish community, the festivals and traditions. When asked what their highlights were, most girls cited the opportunity to explore Jewish artefacts such as the Shofar. The Shofar is a ram’s horn, which is traditionally blown on Rosh Hashanah to mark the New Year and is incredibly tricky to master. However, with much perseverance, some girls managed to blow a sound. The girls also enjoyed learning about the Torah scrolls and being able to examine them up close and develop an appreciation for the workmanship involved. 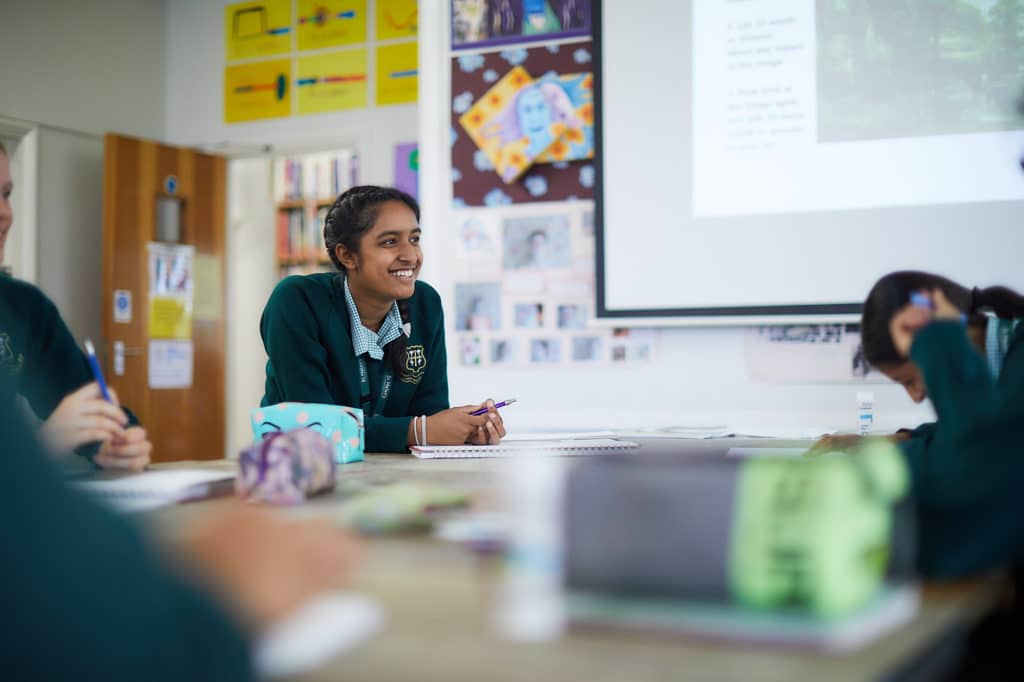