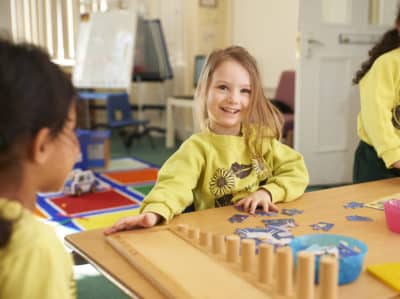 St Helen’s competed against the best players regardless of age group from NLCS, Watford Grammar, Queenswood and Northwood College. The standard was extremely high with many county players involved. Our top pair, Asha and Ana, sailed through the group stages and comfortably won the knockout stages to make it to the final. Shreya and Anisha, also progressed to the main event along with the Year 9 pairing of Amiya and Khadeejai who ended up having to play each other in the quarter finals – the more experienced pair, Anish and Shreya, narrowly lost to the top Queenswood pair in the semi-final. Keya and Kareena finished 3rd in their group and managed to comfortably win the plate event. In the final, Ana and Asha played a flawless match to win the match 21–6 and the whole tournament. A fantastic performance by all our players and a great experience for the younger girls. Well done! 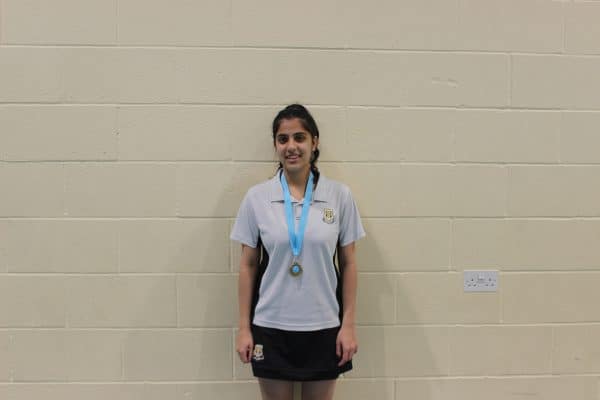 A number of players from Years 7 to 13 took part in the Hertfordshire B Singles Badminton tournament. It was fantastic to see so many girls representing St Helen’s and competing in what was, for many, their first badminton tournament. There were many fantastic results with the highlight being Khadeeja winning the U15 girls singles, Shreya finishing runner up in the U18 girls singles and Esha also finishing 2nd in the U13 girls singles. A number of girls also successfully navigated the group stages before losing in the quarter finals and semi finals of the main event and Zaina did extremely well by winning the U15 plate event. These great performances show that we have a number of girls pushing to make the County Squads and join the St Helen’s girls who are already representing Hertfordshire at Badminton.

Years 9 and 10 players participated in the Herts and Middlesex League tournament, with girls from Watford Grammar, HABS, NLCS, Northwood College and Queenswood competing to be the best individual pair in the league. In the Year 9 event both St Helen’s pairs negotiated the group stages to reach the semi-finals and had to play each other. Amiya and Khadeeja proved too strong for Renuka and Sowmiya and went on to defeat the NLCS top pair to win the tournament in the final.

In the Year 10 event there was another all St Helen’s semi- final with Ana and Isshani narrowly beating Alice and Aniya. In the final Ana and Ishani had an extremely close match against Watford girls, and were unlucky on this occasion to lose 15-14! This was a fantastic performance from all the St Helen’s girls in a field of very strong competitors. 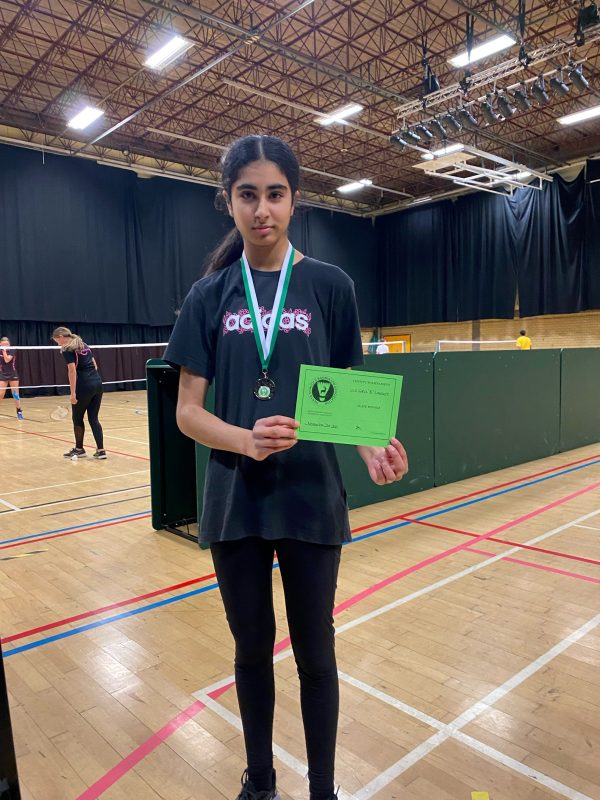